Caring for the flock is an important element of life at Immanuel. We are committed to seeing every member of our body mature in Christ. At Immanuel church membership is taken seriously and the pursuit of godliness is foundational to being part of our assembly. Pastors seek to make themselves personally available to counsel and help the flock grow in Christ-likeness and members are expected to pursue holiness with all sincerity and seriousness. 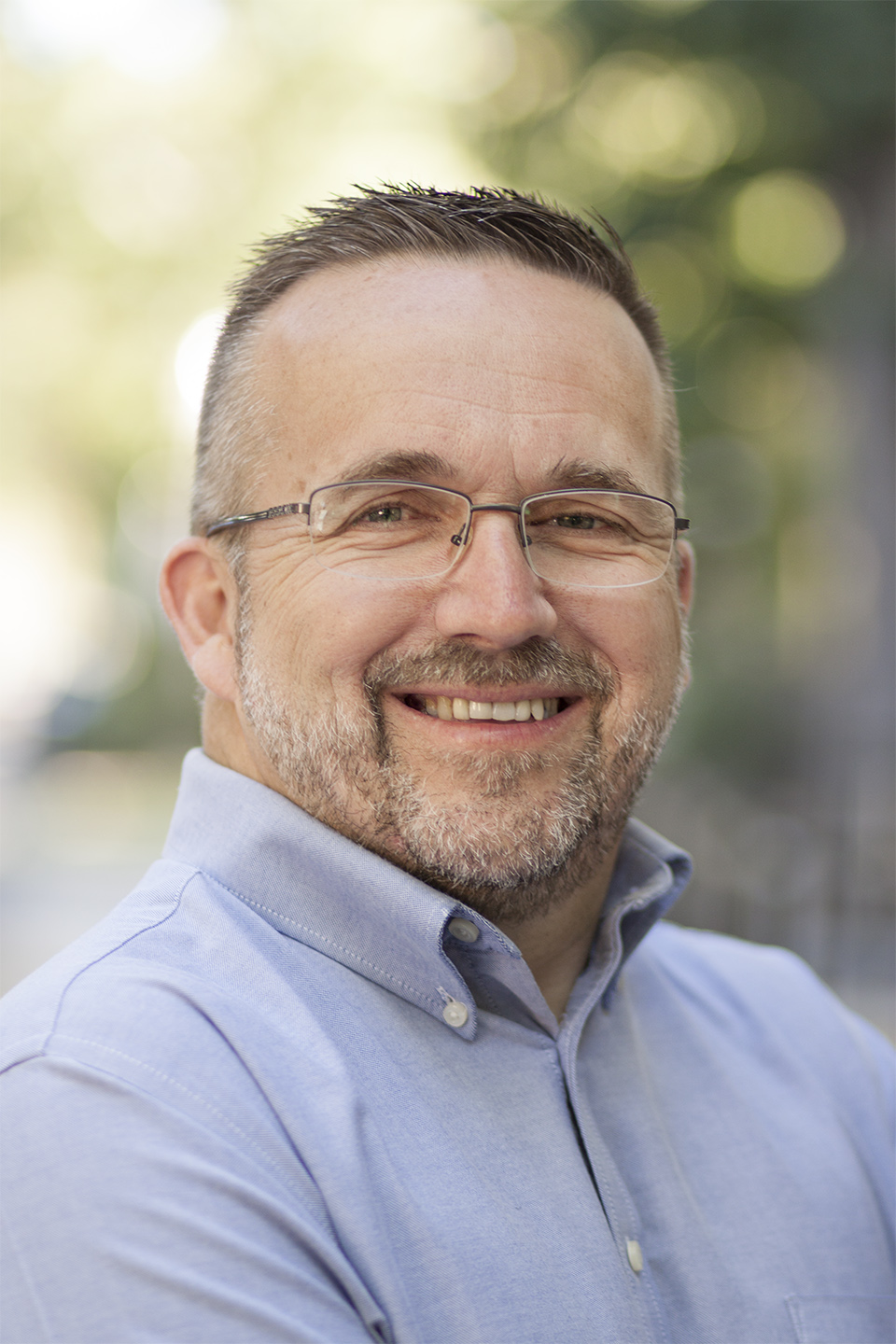 Born in Glasgow, Scotland, Pastor Briggs attended Queen's University, Belfast in Northern Ireland where he graduated with a Bachelor of Divinity in 1992. He served in pastoral ministry in Northern Ireland from 1992-2003 when he was called to pastor Immanuel Baptist Church of Sacramento. He presently serves as President of the Reformed Baptist Seminary as well as Chaplain to Sacramento's local soccer team Sacramento Republic FC. He has been married to his wife Elaine since 1992 and has four children, Lois. Esther, Deborah and Andrew. 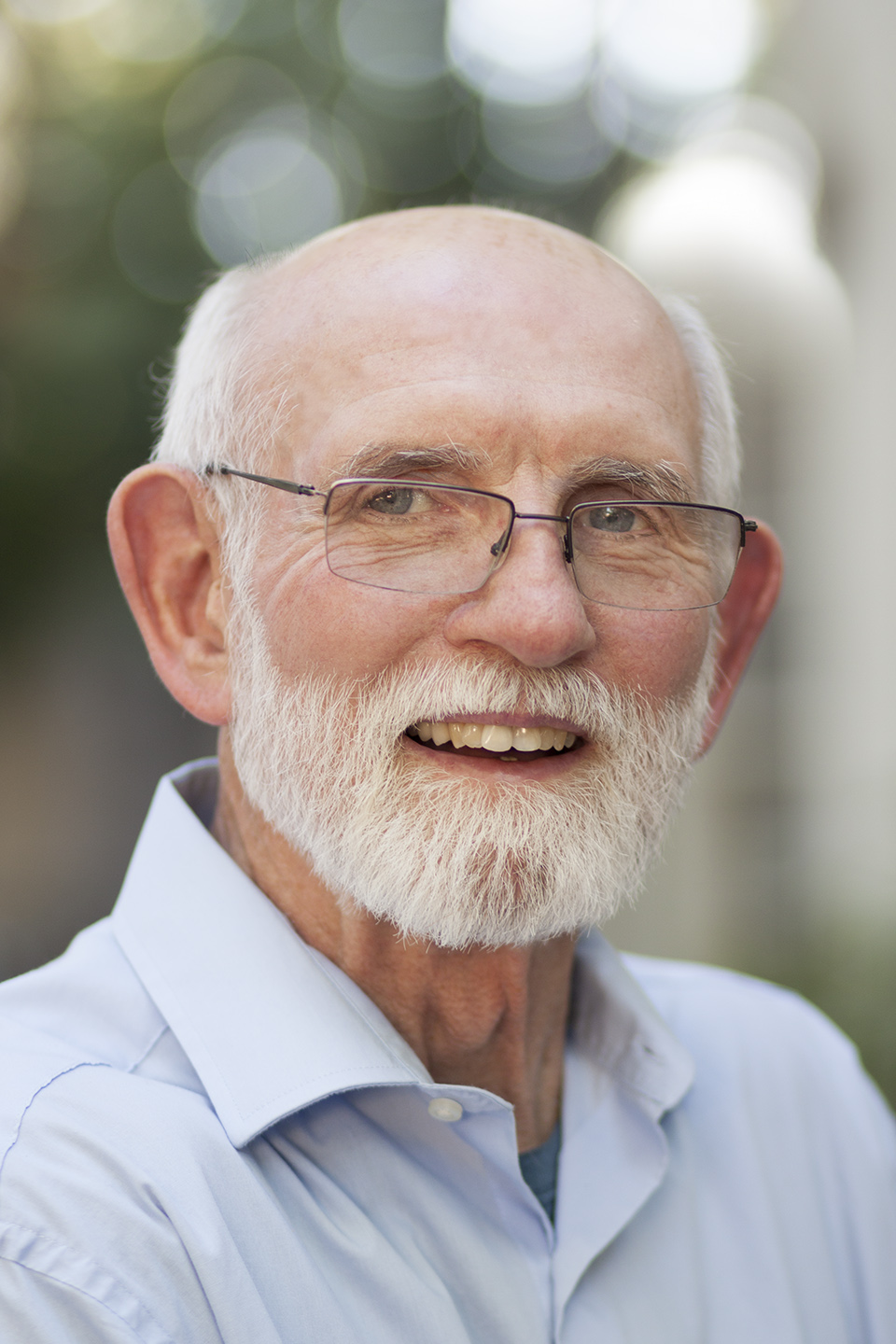 Born in Chicago, Chuck came to California in 1961.  He was converted to faith in Jesus Christ while a student at U.C. Berkeley, where he received his B.A. degree.  After completing the credential program at Sacramento State, he served in public and private education as a teacher, principal, and athletic coach, retiring in 2015 after 43 years.  He married Jacque in 1976, and has been blessed by God with five children (Nathaniel, Benjamin, Abraham, John-Charles, and Katherine), all adults, and eight grandchildren.  He and his wife have been members at Immanuel Baptist Church (formerly Sovereign Grace Church) since 1990. 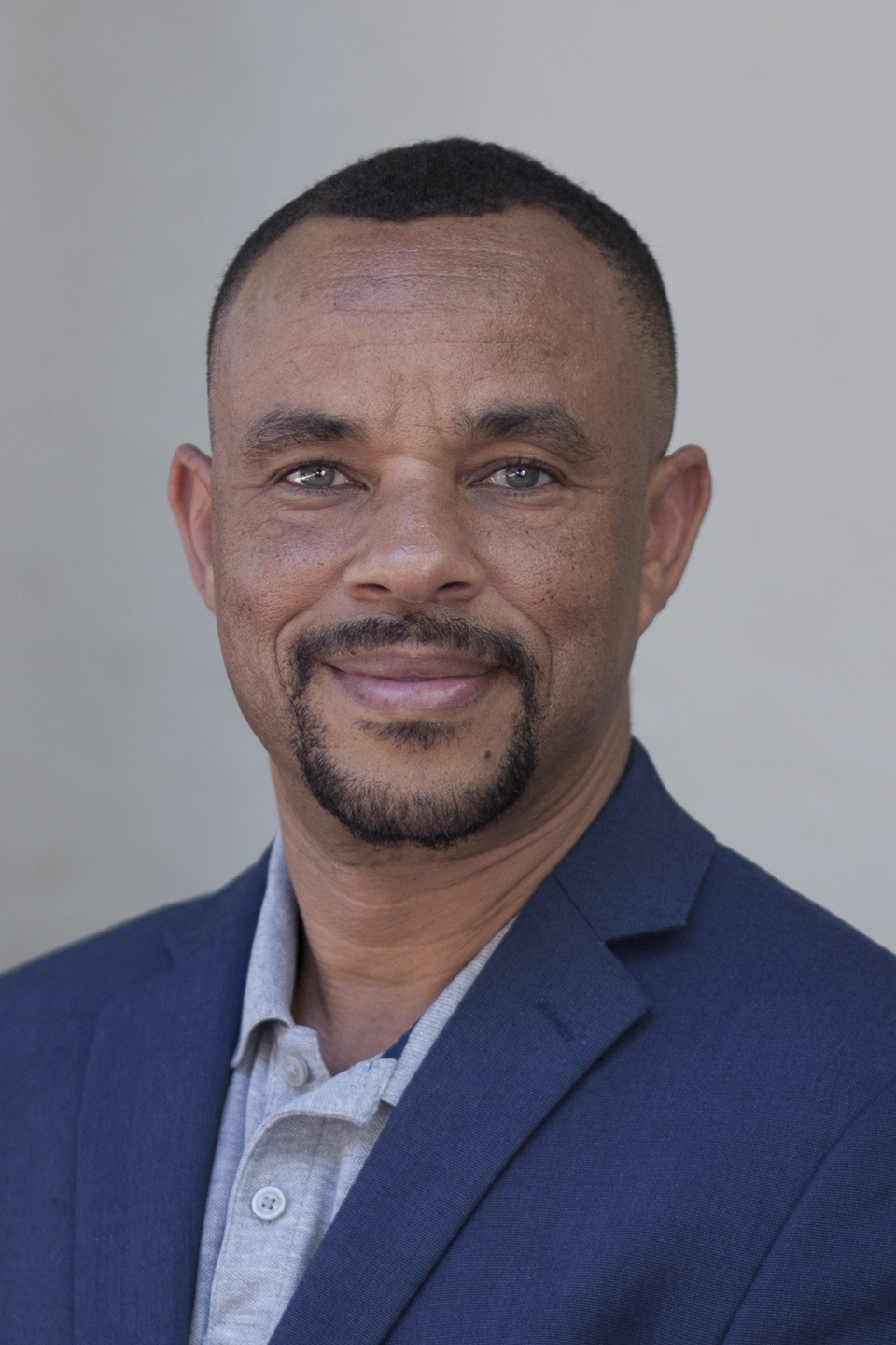 Joe became a Christian during the early nineties through the witness and influence of other Christians who explained the gospel from God's Word. Joe professed faith in Christ and was baptized, having a sense of guilt and shame in his conscience and being convinced that nothing he did could save him or make him right with God. Joe realized that only Jesus Christ and what He accomplished on the cross, suffering God's just punishment for his sins, would atone for him. Joe started attending IBC in 1994, and became a member in October of 1995. Joe has been serving as a deacon since 2001 and was ordained an elder in 2017. Joe and his wife, Ana, were married in 2007, and they have been blessed by God with two delightful daughters Sofia (2010) and Lydia (2008). 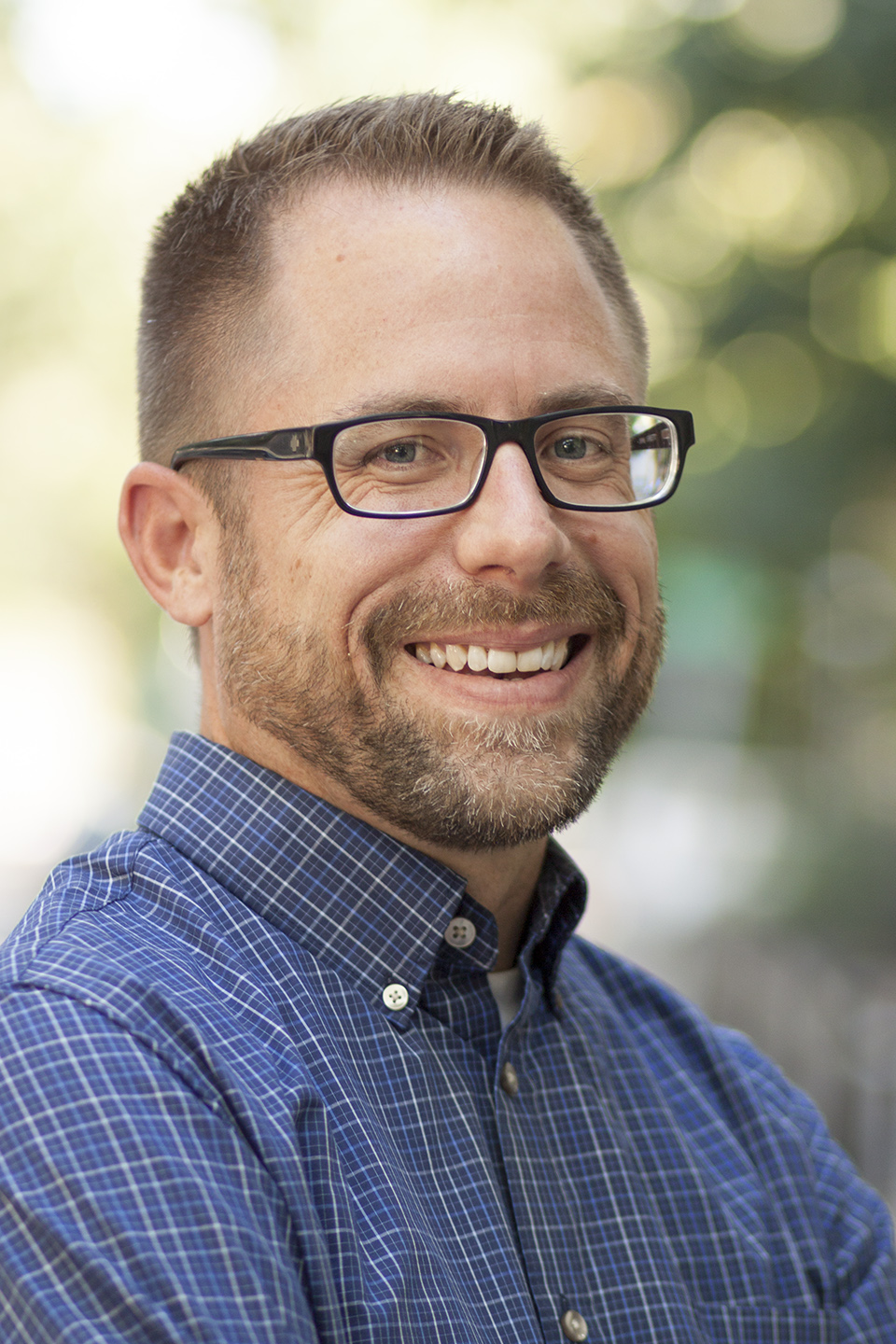 A native Californian, Steve came to first believe the gospel in 1994 through the youth ministry of the local Baptist church. After serving as a leader and teacher in a church plant during his college years, Steve decided to forgo law school and studied at The Master’s Seminary (M.Div., 2007). Before beginning pastoral ministry in 2009, Steve served at Children’s Hunger Fund where he developed and taught a curriculum to train church leaders in a biblical theology of compassion ministry, which has been widely used in national and international contexts.

Steve and Jenn enjoy life and ministry together in their home, their local church, and other opportunities the Lord provides for them to serve their community and the nations. They are the grateful parents of four children: Jonathan, Miriam, Abigail, and Owen. 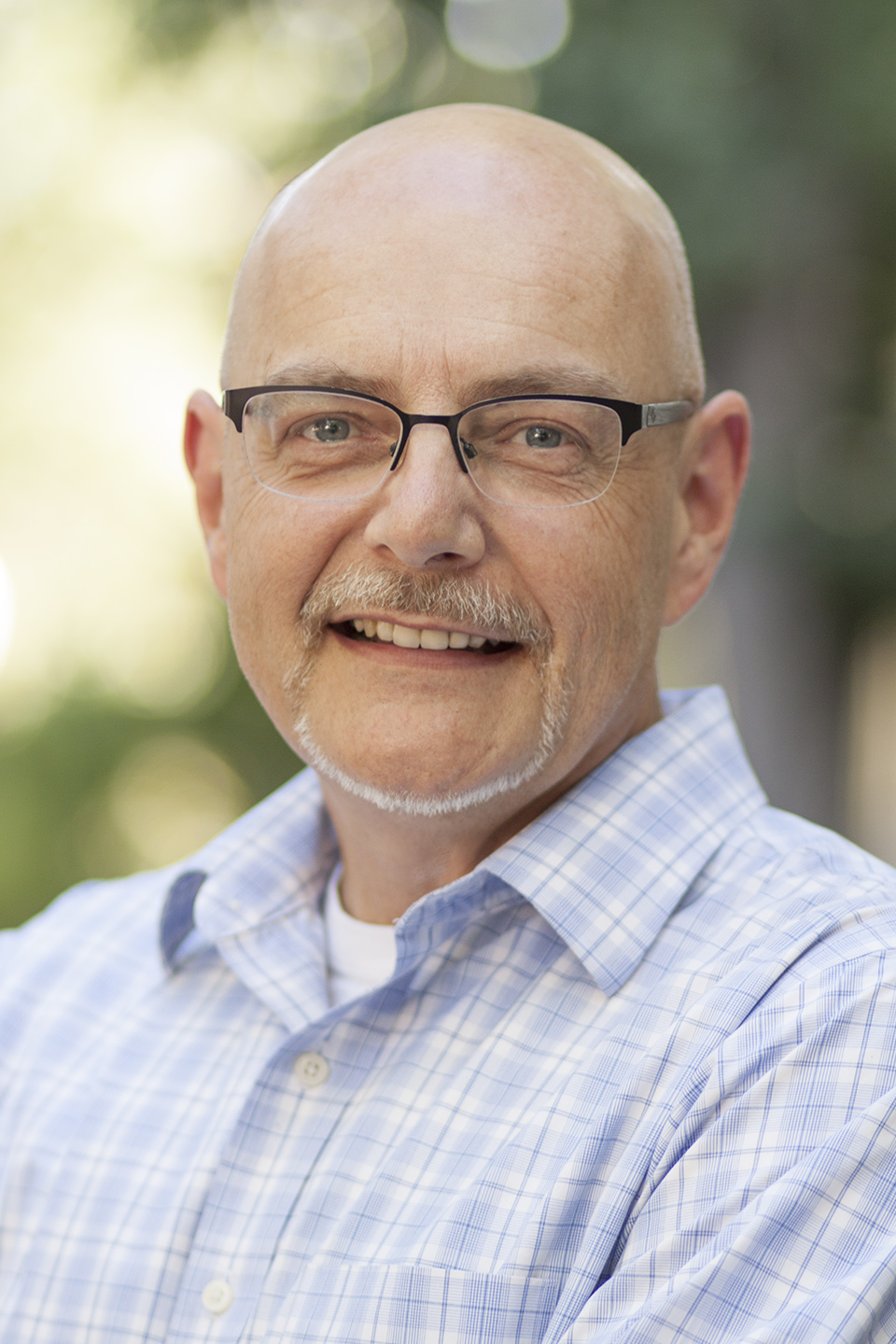 Born of Dutch immigrant parents, Paul grew up in the Bay Area of California. After his conversion, he became involved with ministry at a local Baptist church in Santa Clara. Upon graduating from Santa Clara University (M.A. Counseling, 1993), Paul pursued further training in biblical counseling through the Association of Certified Biblical Counselors (ACBC). Paul and his wife have been married since 1992 and have been blessed with two children, Caleb and Chloe. 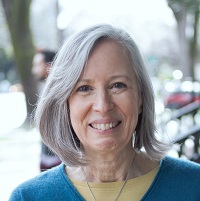 Sandra was raised as a military brat where moving was a frequent occurrence, but this gave her the opportunity to live in several places and experience many cultures while growing up. She came to know of Christ and savingly trusted in Him as a young adult when a neighbor evangelized her. She has two children and seven grandchildren.

In 2002, Sandra moved to Sacramento and joined IBC, where she is particularly grateful to serve the women of IBC, especially through biblical counseling. She is a certified counselor with the Association of Certified Biblical Counselors. She joined the IBC staff in 2007.

Vadim was born into a Christian family in Kiev, Ukraine. As a young child, he moved to Sacramento with his family. While studying at UC Davis in 2013, Vadim was introduced to the doctrines of grace. As he came to understand the sovereignty of God and his inability to satisfy the demands of God’s holiness, Vadim cast himself on Christ for his righteousness.

In 2015 Vadim left work in electrical engineering to pursue theological training at The Master’s Seminary. While in seminary, Vadim joined Grace Community Church, enjoyed preaching at a local jail, and met and married his lovely wife Anna. They hope to pursue ministry in Ukraine.

Vadim and Anna joined IBC in 2019, at which time Vadim also began serving as a Pastoral Intern.

Born in a Romanian family in Moldova under the USSR.  Ilie immigrated to Sacramento, CA in 2004. He professed faith in Christ and was baptized while in High School in 1999. He married Ligia in 2011, and by God’s providence they started to attend IBC in 2013, becoming members in 2014.  Prior to IBC, Ilie was involved with youth ministry in the Romanian community and served in different roles in the Romanian Baptist Youth Association (RBYA). He currently works in a hospital as an RN and serves as a deacon at IBC. Ilie and Ligia have been blessed with four children, Sarah, Lucas, Grace, and Marcus. Ilie currently oversees the Facilities and Maintenance ministry.

Born in Dimitrov, Ukraine, Maks immigrated with his family to the United States in 1999. The Lord saved Maks when he was 15 through the sharing of the gospel by his father. Maks spent his latter teen years preparing and going on short term missions trips to Siberia, along with serving in the youth ministry at 1st Slavic Baptist Church of Sacramento. Maks and his wife joined IBC in 2011, and since 2011 he completed the Basic-Training program, as well as a three year internship/pastoral assistant training. He currently serves as a deacon and oversees the Youth Ministry at IBC. He has been married to his wife Julia since 2010 and has four children, Alex, Avi, Kamryn, and Shiloh.

Born and raised in the California Bay Area, Rick was exposed to the gospel at an early age through his parents and church.  He was converted to faith in Christ during his mid-twenties while finishing a business degree, and in 1997 he married his wife, Caron.  That same year, he began work in the semiconductor industry and continued for 15 years.  During that time he completed his MBA and God blessed his family with 5 children (Alexis, Joshua, Grace, TJ and Jessica).  In 2012, God provided an opportunity that moved him to the Sacramento area to work for a government contractor; this is when he began attending Immanuel Baptist Church.  He is currently a deacon at IBC, serving in the sound and video ministries.

Neil was born in Hawaii, the youngest of 3 boys. After his father retired from the Navy, he moved the family to Sacramento, CA in mid 1970. Although, Neil was raised in a nominal Christian home, he is thankful to God that he was exposed to certain truths of the Gospel. Neil graduated from CSUS with a degree in Economics and Finance. By God’s mercy and providence, Neil and his wife, Lisa, heard the clear message of the Gospel from his older brother. In 1993 Neil and Lisa started to attend IBC and in 1994 they were both baptized and became members. Lisa and Neil are very grateful to the Lord for answering their prayers, and blessing them with their son, Gabriel, after almost ten years of trying to have a child. Neil counts it a great privilege to serve as a deacon at IBC serving in Administration. Neil's faith has been encouraged and strengthened by having the opportunity to work alongside other fellow deacons and the elders at IBC. Neil's heart’s desire is to serve Christ’s church in whatever capacity God enables.

Dennis Siebert manages a team of contract writers for Caltrans. He was converted shortly after his 31st birthday through reading a daily Bible his grandmother gave him, and was led to IBC through a co-worker. Dennis has been blessed with good Christian schooling, many ongoing ministry opportunities, and to sojourn through this life with a loving church family. Dennis is currently responsible for the Care ministry to the elderly at IBC.

Since 2004, Adam has been working for the City of Sacramento as a Firefighter /Paramedic. The Lord saved Adam at age 21, while in boot camp. The 11 and half years of active duty were rich with learning how to walk by faith and depending on Jesus. Adam has been married to his wife, Erica, for 6 years, and they have 3 sons.